Those were the words of a client of mine during one of our training sessions a few days ago. The “it” he was referring to is running a marathon. Since becoming an avid runner a couple of years ago, I’ve enjoyed every bit of the experience. There’s something gratifying and fulfilling about starting a journey and being able to finish it knowing they were obstacles and hurdles along the way but somehow you managed to persevere and complete the journey. It is this feeling that I love about running, and it is why after running several half marathons, I decided it was time to embrace my next challenge: run a marathon.

The marathon isn’t your typical race. In fact, it is very atypical. The idea that the human body can plough through 26.2 miles sounds ludicrous and crazy. My client and many people in society believe it’s a dangerous event that’s humanly impossible. I get where these people are coming from and I can’t say that I blame them. Heck, running a a half marathon is no cake walk either.

But it all comes down to two things: Mental Toughness & Intestinal Fortitude. 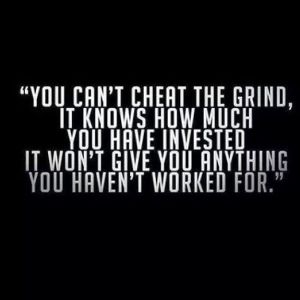 Although these are two things that can help us be successful in life, they apply a great deal to runners. I enjoy the challenge of seeing how much resolve and willpower I can utilize to get me through a race. Before I ran my first half marathon, the 2015 AirBnB Brooklyn Half, I vowed not to stop regardless of how tired or fatigued I got. I did it, completing that race in 2:09. The average runner can run a mile, a 5K or even a 10K. But it takes a dedicated runner to be able to run a half and full marathon. There’s a process that comes with being able to run 13.1 miles and 26.2 miles. That journey requires sacrifice, preparation and commitment. I live for these things not only because it unleashes the inner warrior in me, it’s also a good measure of my mental toughness and intestinal fortitude. 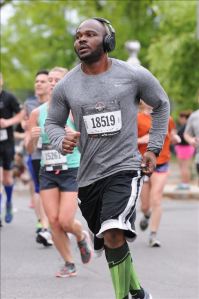 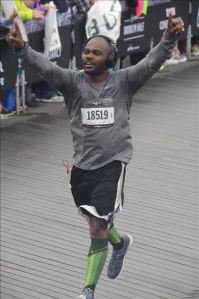 Seven half marathons later, including setting a personal best at this year’s AirBnB Brooklyn half with a time of 1:45, it’s time to embrace the challenge of running my first marathon, the TCS NYC Marathon in November. I’m one week into my 16-week training program, which has me running close to 430 miles over the next four months. This is new territory for me so I’d be lying if I said I wasn’t a bit nervous. Running and training for a marathon isn’t anything like a half marathon. In fact, it’s night and day with the two. The marathon isn’t just the ultimate running challenge, it’s also a life challenge for many. For this reason, preparing for it requires serious discipline and commitment. Over the next few months, my life is going to be very regimented as a result of my training. Because of the summer heat/humidity, 5am is when I plan to do my scheduled runs, which means going to bed by 9:30/10 with the hope of getting at least 7 hours of sleep. Although week 1 went pretty well, the thought of doing this for 15 more weeks has me overwhelmed already. 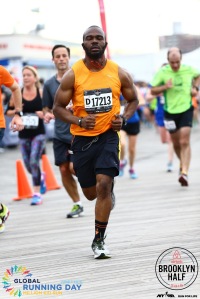 When I ran my very first race in 2014, (a lousy, lackluster 10K in which my endurance and conditioning were so bad, I peed a little on myself — Gross! I know), no way did I think I’d be training for my first marathon two years later. I even remember saying to myself that I’d never even consider running a half marathon. But challenges are what make life interesting and overcoming them is what makes life beautiful.

I’m nervous but also excited about the journey.

One thought on “My Road To November”